Showing posts from August, 2015
Show All

The all-encompassing world of Blogging #BNLF

August 24, 2015
Once upon a time I used to Read and Write. (The 'once upon a time' is because although the time I am talking about was maybe a couple of decades back, it seems like another lifetime.) So I used to Read and Write. Then came a time, when I would only Read. Next, 'life' took over. I was busy... at times, busy doing nothing. But usually I was actually busy. I was not Reading and I was not Writing either. Years later, I started Reading occasionally. I knew of Blogging... rather vaguely. I knew I could write and post it online. What next? I had no idea. I started blogging, because I needed a reason to write. Blogging is a reason to write, a platform to share one's writings, a blogger's personal abode... and more. What I had not ever even imagined was that blogging is such an all-encompassing life in itself. I googled and visited different blogs, read about blogging - and kept blogging myself. During all this googling, I came across Blogging Commu
Post a Comment
Read more

The need for speed...

Aldous Huxley on Speed and Modern Pleasures ( Image Source ) Decades back, Aldous Huxley said – “Speed provides the one genuinely modern pleasure”. He certainly knew what he was talking about. The reason for speed may be different, what one is seeking speed in may vary, the quantum of speed may increase with time – what remains the same is the high one gets from speed. There is the high of power and letting go. And then there is the comfort and cocoon of getting things done. There are two aspects to speed. Speed is not just about fun. It is also about getting things done… High speed internet… it certainly is about both fun and getting things done. Once I have the high speeds of interet on the go with me, what all would I do? A very interesting question to ask. Actually it is like letting a kid free in a huge Toy Store and asking him, what do you want. I want it all, seems like a good answer. Anyway I will be a responsible, sensible grown up here.
Post a Comment
Read more 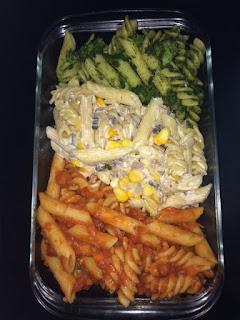 August 15, 2015... For once, as my family and I sat listening to Prime Minister's Independence Day speech, there was no special anticipation for the day that stretched in front of us. Usually our National Holidays are planned well in advance - picnic, visiting friends, barbeque in sun (that has to be 26th January obviously) and much more. This Independence Day dawned with no special plans. The morning tea was an unusually leisurely affair that day. Boredom threatened to set in. What's for lunch, came the question from my daughter. Thus started the discussion. Rajma Rice, Poori Aloo, Bread Pakore, Dosa, Noodles - we moved across various cuisines rather effortlessly, but could not decide on anything that everyone would agree on. I lounged on the sofa, not participating in the discussion, except for when they would come up with an option, which was practically not possible to prepare that day - either due to unavailability of ingredients, or because the dish took a long ti
4 comments
Read more
More posts