Absurd, yet so good (Book Review - David S. Atkinson's Not Quite So Stories) 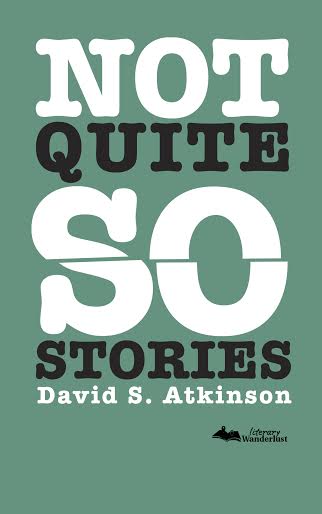 Title: NOT QUITE SO STORIES
Author: David S. Atkinson

The stories of David S. Atkinson's Not Quite So Stories are, for want of a better word, weird.
They are not your typical short stories and they are certainly not what I had expected.

So, the 'not quite so stories' are weird, atypical and unexpected. And I enjoyed reading them. Read between the lines and you'd be surprised by their depth.
Read them superficially and they are 'absurd'.

The author's dedication for this book is
"For Shannon, who graciously puts up with my absurdities and loves me anyway.
Also for every third person named Fred."

When I re-read the dedication after having read the book, it held more meaning. Thus my use of the word 'absurd'.

The stories are very well-written.
The humor, the emotions, the terror - it is all subtle.
The paradox is that everything is exaggerated and yet the underlying message is subtle.

Yes, 'underlying message'.
I am reminded of when as kids we had to read stories in school. In the end, we had to write 'The moral of the story is...'
Each of the 'Not Quite So Story' has a message. I am sure I can write moral of each of the stories.
They inspire you to let go of your fears, to take a moment to relish the beauty of the small things around you, and much more.

I had a smile on my face after almost each story. A smile with a lingering sadness in some cases.

A story - 'Domestic Ties'. Charlotte is cleaning her house to welcome a prisoner. She wants to make him feel at home. Something he refuses to do. It is an insane situation that author describes with meticulous detail. You can't figure out where the story is going. And the ending shocks your senses.

One of my favourites is 'Changes in the Château'. A budget room at this French hotel include surprise, rude intrusions by the owners. Annoying the guests was part of running the hotel, which came as a package, according to the owners' insane logic.

'The Des Mones Kabuki Dinner Theatre'... another one of the 'not so stories'. This one is sweet and romantic. Don't imagine for a minute that the author has tamed his writing for this though. It's romance with mystery and humour and, has to be, absurdity.

Atkinson gives feelings to the inanimate. I really wonder what my house thinks of me as an owner. I have a feeling it would want to leave because I am busy writing while there is a mess around me.
Really, the author has me thinking absurd now :)

The stories are over-the-top representations of normal. Actually as you read these gems by David S. Atkinson, you end up questioning what is really 'normal'.

Am I going around in circles while writing this review?
The bottomline is I loved Not Quite So Stories.
I have a feeling you will either love it or hate it. You can't ignore it.

Atkinson's stories made me smile. They made me think. There is a depth to them which deserves to be re-read. And above all, each story is a surprise package. You can not imagine what the next story or even the next page will bring.

The center of Not Quite So Stories is the idea that life is inherently absurd and all people can do is figure out how they will live in the face of that fact. The traditional explanation for the function of myth (including such works as the relatively modern Rudyard Kiping's Just So Stories) is as an attempt by humans to explain and demystify the world. However, that's hollow. We may be able to come to terms with small pieces, but existence as a whole is beyond our grasp. Life simply is absurd, ultimately beyond our comprehension, and the best we can do is to just proceed on with our lives. The stories in this collection proceed from this conception, each focusing on a character encountering an absurdity and focusing on how they manage to live with it.


NOT QUITE SO STORIES is available at Amazon.
Pick up your copy at Barnes & Noble.
Discuss this book at PUYB Virtual Book Club at Goodreads.
Watch the book trailer at YouTube. 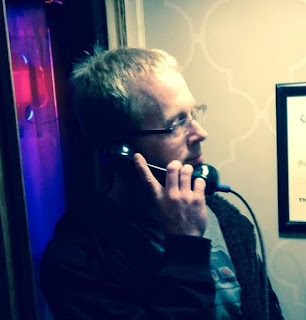 David S. Atkinson is the author of "Not Quite so Stories" ("Literary Wanderlust" 2016), "The Garden of Good and Evil Pancakes" (2015 National Indie Excellence Awards finalist in humor), and "Bones Buried in the Dirt" (2014 Next Generation Indie Book Awards finalist, First Novel <80K). His writing appears in "Bartleby Snopes," "Grey Sparrow Journal," "Atticus Review," and others. His writing website is http://davidsatkinsonwriting.com/ and he spends his non-literary time working as a patent attorney in Denver.