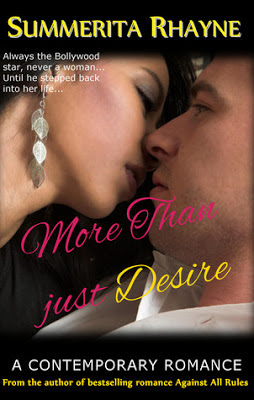 Summerita Rhayne's More Than Just Desire is an emotionally charged story of Arfaaz, a director in Film Industry, and Piya, a famous actress. So, obviously, the story is in the backdrop of Bollywood.

Arfaaz and Piya are kindred soul, with heart rendering experiences in their past. Although they have been married for years and lived together for the first six months of their married life, they don’t know each other.

They both have their secrets that they could never share with each other.


Piya is back to come to terms with herself. With so many things that she loved and hated. The author has described her turmoil nicely.

What Piya hadn’t expected was Arfaaz’s insistence to her that she compensates for ‘having made a complete fool of him’.

Is there another reason for Arfaaz’s condition? Why did Piya really leave?

It is, as these questions are answered, that one gets involved in this tale.
There are many truths to their past, many layers to their feelings that are unraveled through this book of pain and passion.

Through the course of More Than Just Desire, the story of moves pretty effortlessly from past to present giving us glimpses of the past of the two, before the met each other and while they were together.
Certain incidents do seem as if they are a little hurried over. There are emotions which I feel I would have preferred to have relished more.

It took me a little while to understand what makes Piya the way she is. There are many contradictions about her that gave rather mixed signals to me as a reader.
But once I got to know her and Arfaaz, their story made for a good, engrossing read of sexual tension, emotional struggles, and the need to keep secrets.

The most intriguing thing about this story is that the two characters are unapologetically imperfect and the author makes you relate to them through her words.
It is a book that I will recommend to lovers of romance.


The Bollywood diva who ran away


Piya walked out of an explosive situation three years ago. She married Arfaaz for security but left him facing chaos she created. Now she's back in Bollywood and searching for the crown she gave up when she ran away. In the competitive world of starry glamour, the only way she can begin her career anew is to trash the past and get a divorce.

The man who wants her atonement

Arfaaz is determined to get his revenge on Piya for making a farce of their marriage and leaving him to face the mudslinging. He forces her to keep up the appearances and stay with him so she can play the loving wife and repent on her sins. But Piya drives him crazy with her antics. On the top of that, the attraction between them sizzles and threatens to make him forget reason.

Piya knows she has lessons to learn but she cannot let this man enter her heart. There is too much to risk and she cannot afford to forget the real reason she has come back. Success is her mantra and her worship. She can be faithful to only her goal...

Grab your Copy @
amazon.com | amazon.in
or grab this book free at #KindleUnlimited 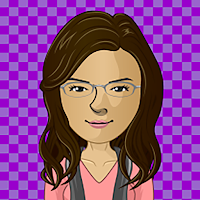 Summerita Rhayne writes contemporary and historical romance with lots of emotional conflict. She first got published in 2013 and has won contests with prestigious publishers such as Harlequin and Harper Collins India. She firmly believes if the inspiration is strong enough, the story characters will find a way to make the writer pen them down, even when writing time is in short supply. When cerebrally confronted with the sizzling interaction of two Alpha characters, the only way to get peace is write their book!

At heart, she's a family person and even though she loves her medical teaching profession, she happily becomes a homemaker when not at work. She loves winding down with music, romcoms, cricket (strictly watching only) and social networking.