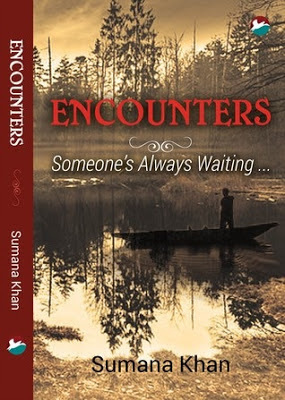 Encounters is a collection of five stories that the author describes as 'uneven, quirky creations'.
I like this description... though the I would primarily describe them as touching (at times, disturbingly so), warm (even as they give you goosebumps), and unexpected.

Each story has a pivotal encounter that changes the life of the protagonist.

Stories of varying lengths, they are for believers... believers of the fact that there is a lot that we don't know.
We expect things to be a certain way. Encounters draws you into a world that questions the 'normal'.

Each story is a story of love, but they are not love stories.
Encounters questions our definitions of 'normal'.

Tales of strong individuals who have experienced the mystical presence, the emotions resulting from the encounters are the common theme of these stories. These are unusual stories of certain chosen ones. Stories on the fringes of the world of spooky, but not exactly so.
The stories of Encounters are strong on symbolism.

The stories are also culturally rich, the descriptions such that you can not just imagine seeing the place, but can even smell and sense it.
A man remembers the celebration his family and neighbours had when the first electric mixer or ceiling fan was bought. Hilarious, and so very true and relatable.
It is such little details that complete the stories.

The stories hinge too much on the possibility of what we normally assume to be impossible.
The line separating reality and illusion gets hazy, as the experiences of these stories ring unbelievably true.

There is a darkness to the stories. Not just of the unknown, but of the cruel society that we live in.
Yet, they always leave you with a lingering hope.

Do not expect to rush from one encounter to another. These are stories that you would want ot ponder over and let seep into your senses before you move to the next one.

Some emotional stories, with a touch of supernatural, that cocoons you with its' warm presence. At least that is how I felt.

I have loved every one of the stories and I am surprised. The stories are all different. You may find a couple of common threads, but the plots have no similarity.
I warn you though... your encounter with Encounters will haunt you, it will make you restless, it may even disturb you a little... and you will love it.

ENCOUNTERS is a potpourri of five sumptuous stories involving a motley crew of protagonists. Skating along the borders of fantasy and paranormal themes, the stories track incredible and poignant journeys of self-discovery, tracing the cathartic aftermath of fleeting encounters.

You can get this book directly from the Publisher 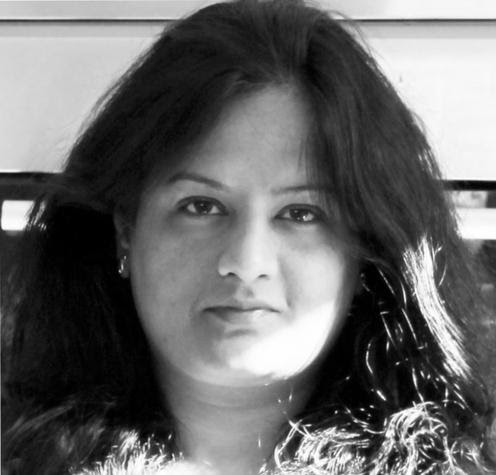 Sumana was born and raised in Bengaluru, Karnataka, where she went on to graduate with a BSc in Electronics, much to the surprise of her teachers, and relief of her parents. In what can only be described as a quirk of fate, she ended up as an IT consultant - a role she essayed for more than a decade. She then moved to the UK where she quit her job and pursued academic and literary interests. The result of this pursuit has been two Masters, one published book, quite a few manuscript drafts, and above all, being stone-broke perpetually.

She currently lives in the UK with her husband and several books.