Different Problems, Same Pain (The Story of a Suicide by Sriram Ayer)

How to react when a brilliant mind chooses to end its' journey?
What words to use to express the angst over the brutality of a beautiful soul suffering?
How to ensure that he/she does not feel lonely?

I don't have the answers. But as I read Sriram Ayer's The Story of a Suicide, I did feel that there were so many variables that lead to suicide.

Acceptance... that is all it would have taken.
Acceptance of a child's word when he gathers the courage to mention sexual abuse. With hesitation and shame as if he is the guilty one.
Acceptance of a grown-up's sexuality without judging it by the standards of what the society chooses to believe is 'normal'.

Had just a single reaction been different, the ending could have just been a new beginning.

Sriram Ayer's The Story of a Suicide begins with a suicide note addressed to the world. The words of this note suck you in with their pain and helplessness, even though you don't know yet what is the reason behind this pain.

"Have you ever felt lonely in a crowd, claustrophobic when alone? Now I hate everything around me. I do not understand human beings anymore. They are too complex for my silly brain. I do not know what sounds I need to make for them to like me, love me, trust me."

That is when I thought of the title of this post 'Different Problems, Same Pain'.
The magnitude varies, the extent of loneliness may be different, but haven't most of us felt as if we are misfits?
What keeps us going then? A strength that is a result of having a secure childhood? A confidence that has been nurtured with love?
There are reasons... always...
We can't just choose to call it 'fate' and not accept responsibility.

I know I have been rambling here. Something I don't usually do, but the impact of 'the suicide' has been such.

Hari, Mani, Charu, and Sam are the primary characters in this story that makes you smile wryly as it portrays the unapologetic attitude of the youth of today.
But, in fact, beneath the self-assured attitude are insecurities that are more difficult to detect than they ever were.

Relationships that are so brutally honest and emotions that are carelessly displayed on social media... yet, the truth that still remains in wraps at times.

The Story of a Suicide is a story that reflects today's youth. And celebrates their irreverence, courage, commitments, fleeting relationships, struggles, and easy life.

The writing of The Story of a Suicide is very interesting. Mythology, Contemporary Superheroes, Historical Figures, Dreams, Hallucinations, and thus symbolism mingle with the over-practical life of the youth to convey the subconscious feelings and pain. 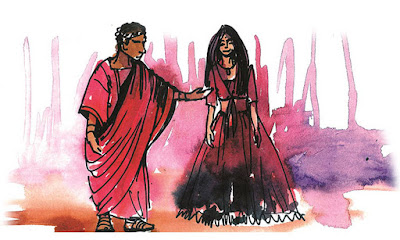 'Caeser Meets Draupadi' is one of my favorite parts in this story. As the two epitomes from history cross path, the underlying vibe of curiosity and competition make for a thought-provoking read.

""You know, history has often described me as strong, ambitious, cunning, selfish, confident, brave and even manipulative, but no one has talked about my loneliness, my insecurities, my pains, my disappointments. I also wished for a life of happiness, of being loved, a life free of loneliness. Being lonely is cruel. I have even considered suicide a few times."
Caeser interrupted, "Really? I have been lonely too. I have always wondered if I would have been happier if I had just been a simple family man, who lived for simpler ambitions. I will have to live again to know the difference.""

Sriram Ayer has played interestingly with words, just as Ghana has done so with the paintbrush. 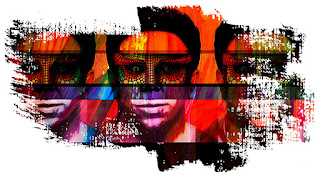 The illustrations by Ghana that beautifully complement this story are admirably vivid. It is these illustrations that added to the lure of this story. The drawings are varied... some portraying the story, others the emotions... 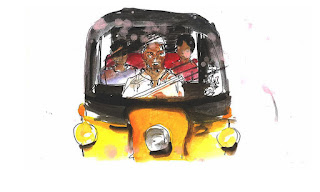 The illustrations funning through the story are undoubtedly a good reason to go back and enter this world of Sriram Ayer and Ghana to read between the words and find a way out of the maze that seems to be going on endlessly.

Alternate sexuality, child abuse, bullying, peer pressure, and more make this heart-rendering tale a must-read for the youngsters on the threshold of venturing out on their own. 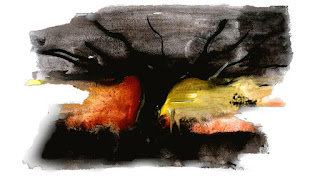 There is a darkness to The Story of a Suicide. And yet as it ends, you hope that it is not The End for the ones still struggling.

How does one overcome the obstacles? Why does another succumb to the temptation of taking the easy way out?
Read, absorb, and ponder.

As I end this writeup about The Story of a Suicide, I just have to add two of my favorite illustrations from the book. Both so simple, and yet tell great stories. 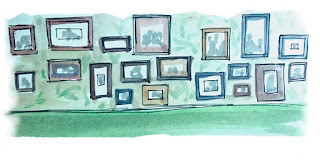 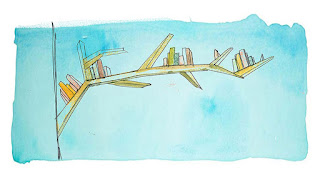 *  *  *
The italicized text in quotes are excerpts from the book.

The images are all from www.StoryOfASuicide.com

"The Story of a Suicide" is a gripping novel that tells the stories of Hari, Charu, Sam, and Mani, whose lives are interconnected in a web of love, passion, revenge, and deceit.
Today's youngsters are expressive, self-absorbed, independent, afraid, hurried, fearless, fame-hungry, but surprisingly resilient. In a world that makes unreasonable demands of them, many are disillusioned about their education, relationships, jobs, sexuality, bullying, and abuse. In the backdrop of a powerful story and visuals, this project aims to reach out to young people, by verbalizing their struggles through the story, informing the do's and don'ts when they face challenges, and providing a platform to share their experience.