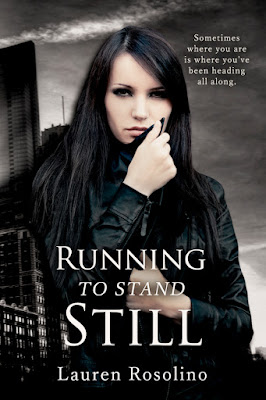 Having read, enjoyed, and reviewed Lauren Rosolino's Running to Stand Still, I felt like I knew the characters. But I still had many questions for them.

Running to Stand Still is the story of Jaime and her family. Her family the very foundation of which got disturbed the night her mother, Amy left them.

Amy didn't get to say much in the book. Her point of view was never really explained. And yet, the author wrote about her in a way that I had a soft corner for her.

Here are my questions to her and her answers.

Hi, Amy. I know it was not easy for you to leave. The very fact that you made your last evening with your family special, says a lot. Was it worth it, the leaving?

Yes. It took a long time for me to make the decision to leave. I didn't take it lightly. I struggled with it a lot. to this day, I regret that I had to walk away, that I had to hurt the people that I loved so much just so I could breathe again. I'm not proud of the person I am, but no matter how much I tried (and believe me, did I try) I couldn't and can't change who I am. I will always hold on to the memory of that night for as long as I live. I'm not sure if it did more good than harm, but to have had that time with them, that one last little bubble of love and safety, meant the world to me. I carry it with me always.

Somehow I do understand that there was a burning desire in you to be a 'free bird' as Charlie puts it. Did you achieve it?

Yes. Being a vagabond gypsy is one of the few things I am good at.

As happy as a tortured, musical soul torn in two can be. Which is to say, when I'm playing, singing, performing, I can feel fully myself, fully in my element, transcended from reality and all its heartache. Miserable when I'm not. But the catch-22 is that you can't live in a constant state of playing. You need time to step away from the craft to inspire the music, to infuse the chords and lyrics with breath and life and truth.

The protagonist in Running to Stand Still is Amy's daughter, Jaime and I had some questions for her too.

Hello, Jaime. In hindsight, do you think your wanting to leave was only about your mother having left?

We recreate that which we were taught. Or at least that's what 'they' say. And my mother taught me that there was nothing good to be found in staying. Because I believed her, it became a self-fulfilling prophecy. I created this line in my mind that I could only be happy and free if I left. All because of those words she spoke, they completely derailed me.

Did you ever make a list of what the 'perfect man' would be like? Is Colin like that? I have a feeling that the list would describe Brett more than Colin. Am I wrong?

No, you are not wrong. Not by a long shot. I never physically wrote out a list of attributes I wanted in a man, but there definitely was one in my head, that's for damn sure. And Brett was the epitome of that list: good-looking, put together, successful, thoughtful but not too needy, work-oriented, uncomplicated family life (preferably not much of one at all), and emotionally neat. I didn't want anything too messy.
The funny thing is, that list didn't start to form in my mind until all the shit hit the fan after my mom left and I started to pull my life back together. It was an aspirational list. But if I really think about it, the person I would've wanted if she had never left, the person I wanted before I went off the deep-end... that person is Colin to a T. Sincere, kind, affectionate, rough on the outside, but gentle on the inside. Colin is the kind of person you just want to run to when things are tough because you know that he won't baby you or patronize you (he'll tell you straight up what you need to know), but he will protect you with everything he's got. He's someone you can stand beside and behind when you need to. He's also the person who's not afraid to let you stand in front of him and do the protecting, when necessary.

Do you sing, or play guitar, or something else? Music does seem to run in your family after all :)

God, no. I wish I did. I'm kind of mad at my parents for not making me learn an instrument when I was young. I attempted the piano when I was in high school but it didn't stick. I was also in choir in the seventh grade. In another life, I would be in an all-ladies band, or lead guitarist/vocalist or drums with pink stripes in my hair. But alas, in this life, it has not come to pass (there may be hope yet!). Music is an integral process of my creative process, though. What I love about music, that the written word doesn't do quite as well, is capture the very essence of a moment in time, a feeling, a glimpse of life, with the interplay of melody and lyrics. It's unapologetic about being as emotional and honest as it can possibly be - it just lays it all out there in the open. And we need as much of that as we can get. Music feeds the soul, you know? Music is humanity in essence. We would be dead without it.

And finally, a question to the author, Lauren Rosolino.

I would love, love, love to write a book with Jacob as the protagonist. I should totally do that. (I'm going to do it.) But for now, this is what I can tell you: (this is taken pretty much verbatim from my post about him on my blog).
Jacob is still an enigma to me.

He was inspired by a bartender I encountered while out for my husband's 25th birthday in downtown Detroit before a Twenty One Pilots concert at the Fox Theatre. The second I saw him behind the bar, I knew he was going to be a character in my book. Here's what I do know about Jacob:

He's a vet. Former Green Beret. 7th Special Forces Group. Area of Responsibility: Mexico, Latin America, Central America, the Caribbean. Stationed at Fort Bragg, NC. He can speak Spanish and several Island dialects.
Plays on men's hockey league. Boxes at gym with Charlie. Does Cross-fit.
Quiet, reserved, a man of few words. Gruff.
Loyal, courteous, patient. Does what's right, what needs to be done. He endures. He is tough, observant. Judgement is one of his skills. He carries a weight from the past. See's the world as broken. And yet, he's a pragmatist. A realist. he accepts that sometimes peace necessitates violence.
Just wants to keep his nose to the ground and stay out of trouble. Wants to go to the gym, work at the bar.
Greatly values the place he has in the Benson family. Loves them deeply. Would do anything for them.
As for how he got there in the first place? I have no idea.
I have a sense that he's a Detroit boy. Raised in poverty, an indifferent/hostile environment.
And that's all I have for you for now :)

Click for My Review of Running to Stand Still 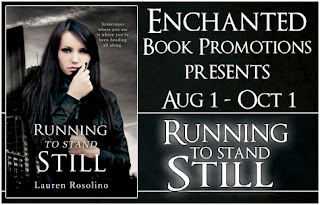 Collin was who he was: simple and easy.
Me? I was jagged and complex. I wanted everything.
And despite how he made me feel—safe—it was clear to me that we’d never work out in the end.
That divide between us would always be there.
Because I’d never ask him to give up on the things he wanted.
And, while I sometimes wished I could be that person, I wasn’t.

Just seven more months. Then Jamie Benson can leave this goodbye town behind her and start her new life in Chicago. She can leave this place of broken glass and cracked sidewalks and rusted fences. This place that holds nothing good. She can leave the ghosts and spinning rooms and shattered promises in her rearview mirror and never look back.
But all the stories she’s been telling herself are threatened when, one night, while tending bar at her father’s hole-in-the-wall dive, she meets Collin—a boy who is good and honest and sincere in a world where everything is harsh and cold and detached. A boy who makes her feel safe.  A boy worth staying for.
Will Jamie be able to untangle the truths from the lies? Or will the sins of the past swallow her whole? 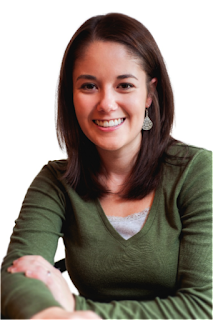 Author of The Charm Necklace and Running to Stand Still. Writer of stories about finding beauty in brokenness.
She is a storyteller. Adventuer. Partner. Coffee drinker. Magic believer. Rebel with a gypsy soul. Lover of the woods and books, the woods and walks.
Born and bred in Detroit, Lauren grew up reading Harry Potter, watching Gilmore Girls, listening (and dancing) to a lot of music, and wondering why people do what they do. She graduated from Wayne State University with a BA in Psychology. Lauren lives with her husband, dog, cat, and bunny in Charleston, South Carolina.